So everyone states, you are working on a film and you must be making millions, tens of thousands, thousands, or at least cab fare from working on a film right? Well, not the way that accounting systems typically work when it comes to getting paid on film. So, why do you never get paid when you work off points on a film? 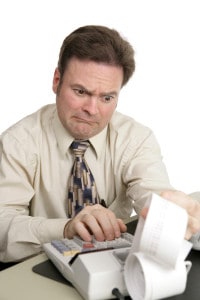 Gross profit is what you get if you are a big enough actor or producer to demand this. You get a percentage of profit based on the gross of the film – how much it makes before any costs. Therefore, you are guaranteed to get paid since the studio can’t hide anything. Very few people can demand gross points. But if you have them and your film hits big, you make millions. In fact, this can be so profitable you will sometimes see big stars forgo any salary at all except union minimum just to get these points.
But what do most people who work on films actually get paid, well, they are paid on the net profits of the film.

You might think that it happens very rarely. Well, actually, it happens much more often than you think.

In my early years of working on film, I took points off of the net thinking that if a film was successful, then I would be raking in the money, I would be able to buy that SSL automated console, drive an amazing car and live off of my creative output. Literally, I would be making tremendous bank from doing something that I really loved.

Then of course it comes to reality, what actually happens and what really goes on. The earnings never actually roll in, I never actually make the money that is promised. In fact, quite the opposite. I work for months on end, crafting incredible sonic landscapes to fulfill my artistic vision through the lens of another’s creative output and then, the pin drops. You hear nothing, you wait, you hope that it is just something that “will work out…” It never does. You never see anything, not even a pittance. You have invested everything in it being a hit and you can see that everyone loves the film and the work you have done and yet, no one is prepared to pay you for your work.

What is particularly grating is that you know that everyone else who worked on the film made the sensible decision to be paid for their work before the film was even finished. That’s right, everyone from the costume designers, the writers, the grips onset, even the kraft services people, made sure they were paid upfront.