I have to say this, Apple Ear Pods are Terrible! I received the EarPods with my iPhone 5. I opened the package today to use them for the first time, even though I had been using other ear buds/pods for quite some time. This is what they look like when you take them out of the package. 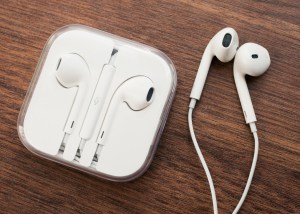 So disappointment reigns from beginning to end with this improvement over the old design. Yes, they are better than the original ear bleeding bud design they had before which not only were the most uncomfortable things you could ever put in your ears, but were also horrible sounding. If you sweated on them at all, and you would if you wore them during any activity, they would stop working altogether. So here are these things and as a design twist, they lumped them into ones ears in the most painful way possible.

So apple decided this time around they would reshape them. Now, although they sound better, they refuse to stay in my ears.  Not sure what the rave is about these new earpods. They are the most uncomfortable and painful earpods I’ve ever worn. I couldn’t enjoy the better sound long enough before yanking them out of my ears. The hard shell does not conform to the opening of the auditory canal.

I am even more convinced that Apple does this so that they can keep an entire industry of accessories for their devices thriving. How difficult would it have been to actually include a simple silicone skin for the ear pods. Instead, there are third party companies releasing add-ons like this: 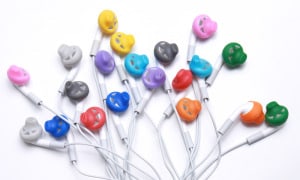 I am not complaining that certain users may want to customize their pods with different colors, but when the only way that these will work is with a modification like this, then, we definitely have a problem here.

These are just terrible! They hurt and they don’t stay in place. I am not even able to use them and now I have to go back to using the ear buds I purchased for my old iPhone. Apple, you should be ashamed at the lack of quality and effort made here.